5 things to see in Kamakura 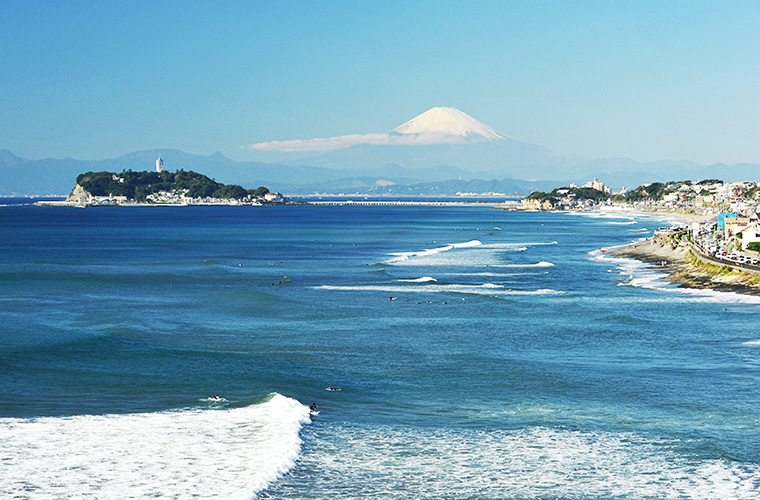 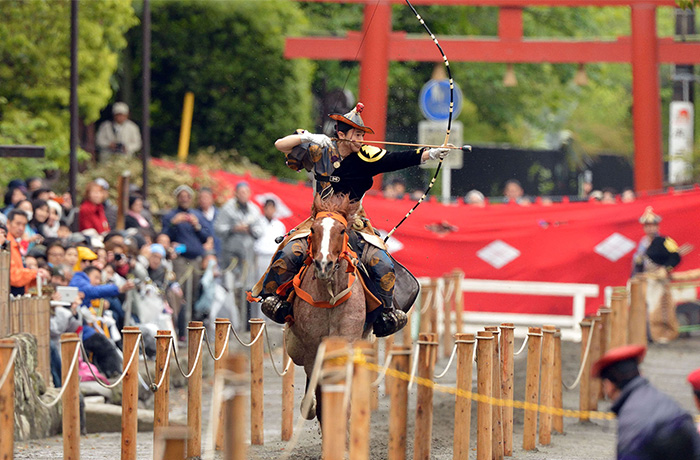 Tsurugaoka Hachimangu originated from the ceremonial transference of a divided tutelary deity of Iwashimizu Hachimangu Shrine In Kyoto, to Yuigo Tsurugaoka, in 1063 by Minamoto Yoriyoshi and its appellation was Tsurugaoka wakamiya. In 1180, the descendant Minamoto no Yoritomo moved the shrine to its current site. In 1191, he set the shrine as the centre of the Kamakura Bakufu Government,

and also modelled it into the present arrangement-the Jogu shrine on top of the stone steps and the Wakamiya Shrine at the bottom, due to a fire that occurred in the shrine.

From the top of the stone steps you can look down on the entire city of Kamakura including Wakamiya-Ooji. 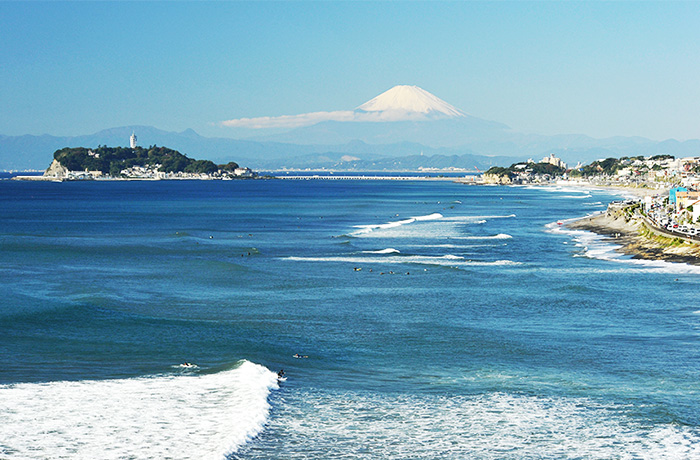 Inamuragasaki is a cape, well known for the legendary story of Nitta Yoshida’s campaign.
A national road was created during the Showa era, thanks to Kiridoshi, which are man-made passageways.

According to Taiheiki, Nitta Yoshisada, judging an invasion on land to be difficult, decided to bypass this cape. This is the place where, according to tradition, he threw his golden sword into the waves, praying the sea-god to withdraw them and let him pass. He took Kamakura city and its influence.

The view from the top of the hill takes in the gently curving Shichirigahama Beach, Enoshima Island with Mt. Fuji in the background and it was chosen as one of the top 50 greatest views in Kanagawa prefecture. 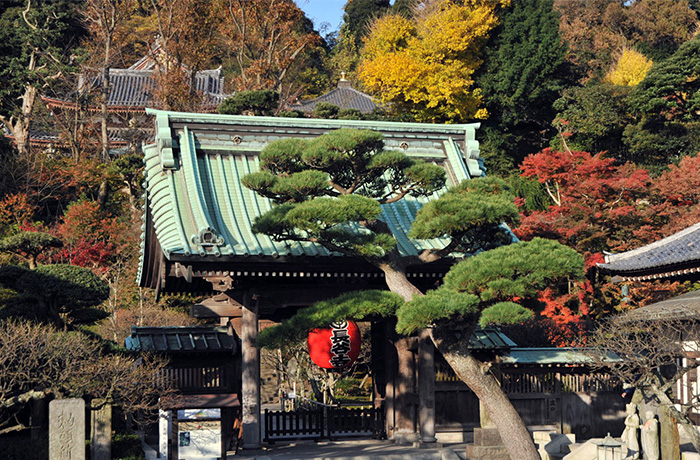 According to legend, this old temple has been here well before the Kamakura period.
The 11-faced Kannon is 9.18 meters tall, and it is one of the largest wooden Buddha statues in Japan. There is an observation platform on the flat area where the Kannon hall is built, which overlooks the ocean, the streets of Hase, and all the way up to the Miura Peninsula.
Kamakura’s 33 Kannon No.4 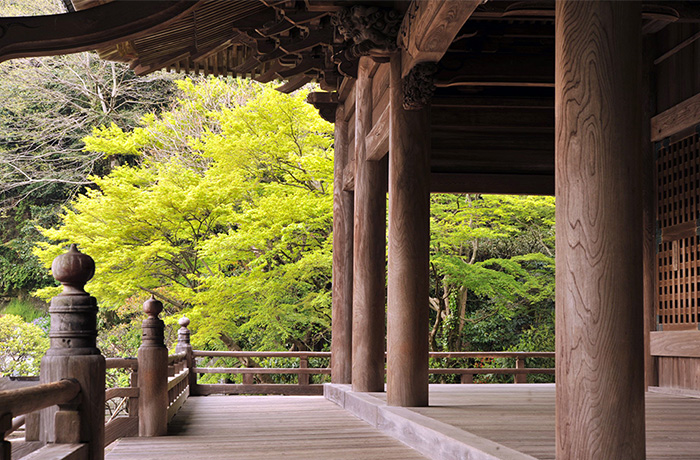 Myohonji is one of the Nichiren Buddhist temples which were built around 1260. It was originally a place for the Hiki clan. However, the clan were defeated and killed by the powerful Hojo’s clan.
Later, the temple was founded, thanks to a linkage with Nichiren Shonin and Hiki Daigaku Saburo Yoshimoto.

Inside Soshido Hall at Myohonji temple, A wooden statue of Nichiren is displayed, which is the main object of worship contained inside the hall.

Jakushi-dō displays Jakushi Myōjin, which was built in order to appease the spirit of the Shogun’s wife, Wakasa, because she threw herself into a well and her spirit was said to have transformed into a serpent. The serpent possessed the body of the daughter of Hojo Masamura who suffered from illness.
Kamakura’s 33 Kannon No.4 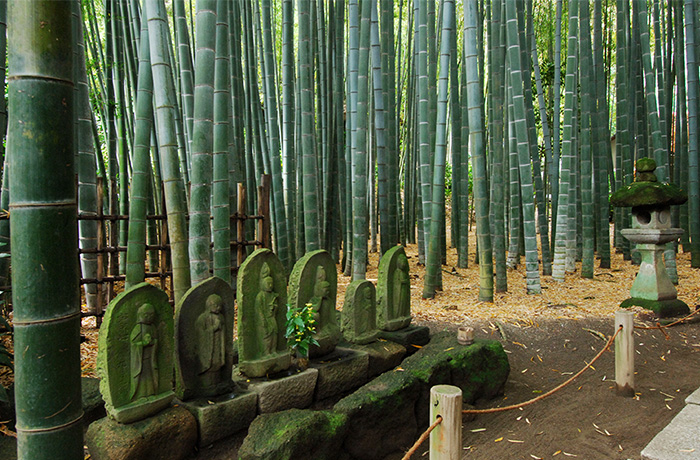 It is said that Hokokuji Temple was founded in 1334 by Tengan Eko or Uesugi Shigekane, under patronage of Ashikaga Ietoki. With the magnificent bamboo garden behind, the Hokokuji is famouslyl known as the “bamboo temple”. Kamakura’s 33 Kannon No. 10. 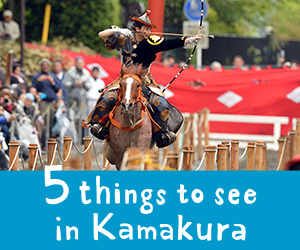